The Håkan P110 Pop Killer from Swedish microphone specialist mikrofonen.se is a very special pop killer that is specifically designed to effectively prevent plosives (pops) and, at the same time, to eliminate the audible colouration that other pop filters often display.

It is extremely effective in killing pops without compromising the frequency response and character of the microphone.

The foam used in the P110 was carefully researched to maximise pop protection and minimise colouration – the specially selected foam is “hydrophobic”; this means that it will not absorb water.  So moisture from the breath will not be absorbed by the foam and therefore does not stay on the filter to distort and colour the sound.

IMPORTANT NOTE – the foam pad of the Håkan Pop Killer is hygienic and hydrophobic.  It’s very easy to clean in warm water and a mild detergent (we have heard some people put them in the dishwasher) – rinse shake and it dries pretty quickly, so keeping the pad hygienic and clean.  ALSO – spare pads are easily available, so if your Pop Killer is used by several people, each person can have their own foam pad so there is no risk of passing any virus or germs to another via the pad.

Most pop filters are known to colour the sound.
Measurements made by mikrofonen.se in Sweden have proven this.
The colouration is clearly audible (red curve on the graph).
With the Håkan P110 Pop Killer (blue curve) there is no colouration. 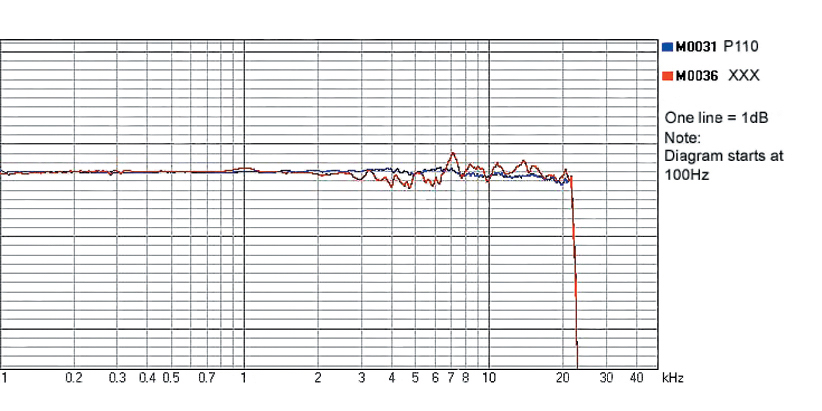 “To my ears the P110 is completely transparent and brilliantly effective … it sounds more transparent than all of them and is far better engineered than most.  If you are in need of a pop screen – and who isn’t? – I can’t recommend the Håkan P110 highly enough”
Hugh Robjohns, Sound On Sound, February 2014 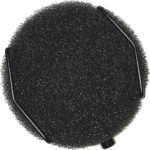 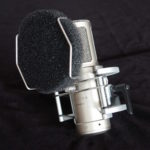 Brauner version, shown clipped to the shockmount of the Brauner Phantom (NB: latest version now has a black frame)